What is Power Assisted Liposuction?

Liposuction is a form of cosmetic surgery that involves the removal of fat from one or more areas of the body. The most popular areas for liposuction are the abdomen, buttocks and thighs, but it can be performed on other areas, also. Liposuction can be performed by several different techniques. The various techniques involve the injection of various liquid solutions or the use of lasers in conjunction with other traditional techniques. In addition to various techniques, liposuction can be performed with through various mechanisms. Some of these mechanisms include suction-assisted (SAL), ultrasound- assisted (UAL), and power-assisted (PAL). Power-assisted liposuction is popular with many plastic surgeons because it is does not require as much manual effort to perform.

How is Power Assisted Liposuction performed?

Using traditional mechanisms of liposuction such as SAL requires the surgeon to manually move the cannula through the parts of the body where fat is being removed. The cannula must be moved back and forth through the tissue, which can sometimes be difficult and tiring. It can also prevent the surgeon from removing all of the fat necessary for the procedure to be efficient and successful. Power-assisted liposuction involves the uses of a specialized mechanical device added to the cannula to help in the removal of fat. The device not only helps in the removal of fat, but it allows for the surgeon to be more precise in the removal.

The device used in power-assisted liposuction is a specialized cannula, which is the hollow wand used to extract the fat from the body. This special cannula incorporates a mechanical device on the tip that creates small but rapid vibrations. These vibrations break up fat cells so they can be removed more easily through the cannula. This action that breakups the fat allows the surgeon to remove fat more efficiently and in less time than with a traditional cannula. The shorter period of time makes the procedure safer because there is less chance of infection. The procedure also has a faster recovery time than longer, older forms of liposuction. The vibrating tip also allows the surgeon to guide the cannula through the tissue with less effort, and the movement allows for greater precision. Specific areas can be precisely targeted without causing damage to other surrounding tissue.

The mechanism of power-assisted liposuction is performed in conjunction with the tumescent liposuction technique. Tumescent liposuction involves the injection of a high quantity of solution before the actual suctioning takes place. This solution is a mixture of a local anesthetic and a vasoconstrictor. The local anesthetic is often lidocaine and helps to reduce pain. A common vasoconstrictor is epinephrine, which minimizes bleeding during the surgery. The solution is injected directly into the fat tissue.

Power-assisted liposuction has several benefits over other older and more traditional forms of liposuction. Even though a vibrating tip seems like a simple addition to a liposuction cannula, its benefits are invaluable. Some the benefits include the following:

A power-assisted liposuction cannula actually has a much smaller diameter than the conventional cannula. The suction tube is also smaller. Using a smaller cannula and tube allows the surgeon to perform the procedure through a smaller incision. The smaller the incision, the less chance there is for infection to set in, less healing time is required, and patients have fewer scars from the procedure.

Power-assisted liposuction allows for greater precision. This is partly due to the use of the thinner cannula. A smaller wand means a surgeon can target areas more precisely. This allows for an increased ability to sculpt the tissue into a more natural and aesthetically pleasing form. The precision of PAL also means that surrounding areas experience less severe trauma.

Those who undergo power-assisted liposuction are exposed to fewer risks and have fewer complications than patients undergoing older, more conventional liposuction techniques. Those who may have greater risk because of other associated factors can greatly benefit from PAL.

Patients undergoing PAL require a shorter recovery period than those undergoing other types of liposuction.

Power-assisted liposuction can remove up to 30 percent more fat than other types. 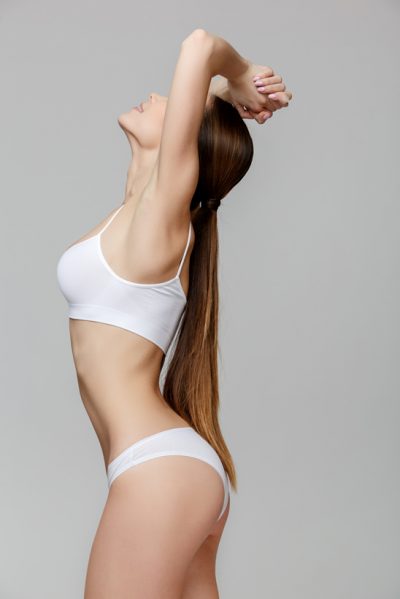